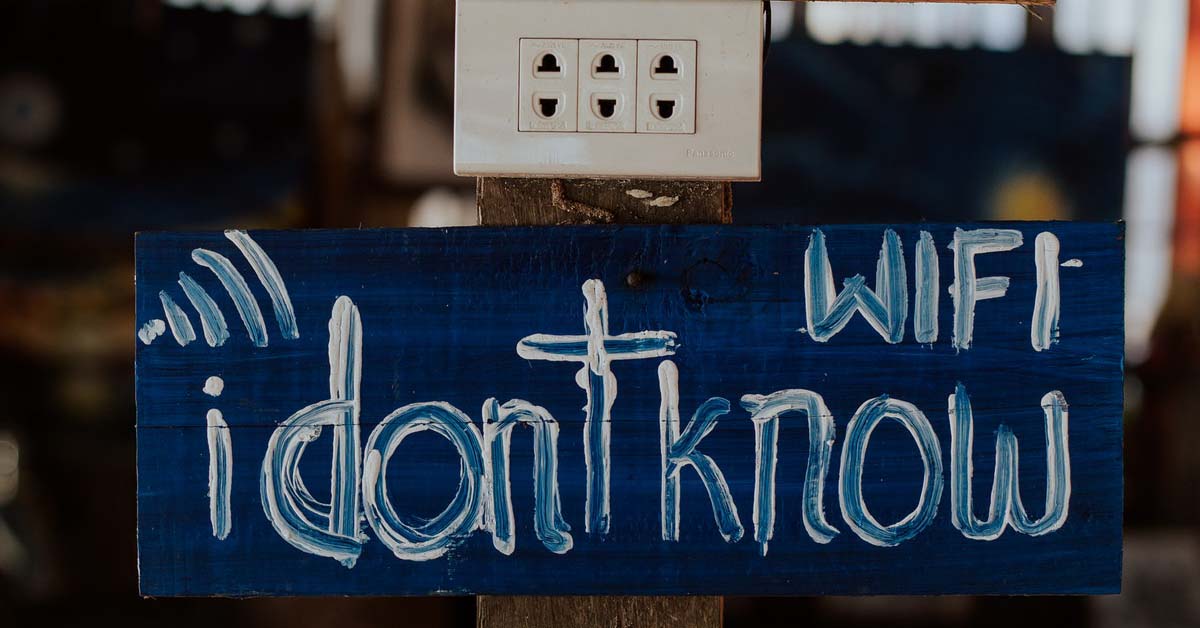 TL;DR – Regular old WiFi 6 has only been out for 2 years (ancient in the tech world, right?) and now 6E is poised to add even more channels for interference free, ultra-low latency connectivity. Which is great… but… You need all of your devices to be able to run 6E to take advantage. So you’ll probably want to hold off on that $1500 router for now.

WiFi 6 made its debut in 2019, promising better security, slightly better speed and cleaner channels (a wider range of radio frequencies to send out signals means your devices aren’t jockeying for position in the same ‘lane’). In early 2020, WiFi 6 hardware was finally hitting the market. But around the same time, people were already talking about WiFi 6E, which promised even more channels. Near the end of 2020, 6E was released into the wild.

Is it just us or does this feel like a video game that was rushed to market and then needs a bunch of patches in order to bring it up to its intended level? Vendors and Standards people… please stop it. Release it when it’s ready. At least the gaming industry provides software patches for free! The cost to constantly replace hardware is too great and producing equipment that is antiquated the minute it gets unboxed is wasteful. Progress can be fast, but being thoughtful about how and when it gets released would go a looong way to promote consumer trust in you.

Another year later here we are with the first 6E hardware hitting the market. And boy, are they expensive! Some tri and quad band routers can get into the thousands range… and that’s only half of the story!

See, in order to get the actual 6E channel range… you need to have both the router and a device that handles 6E. While you could grab a 6E WiFi module and install it on your laptop, most people won’t. Most people will get that new router and either not use it to its fullest potential, or they will break down and buy a new computer as well. Which, in these days of chip shortages, is not a cheap endeavor! If you have the money, well, good for you, but upgrading your entire home infrastructure right now is definitely cost prohibitive to us mere mortals with regular paying dayjobs and bills.

Dont misunderstand, WiFi 6E is a really great offering and will (eventually) be worth investing in…

…but given the speed at which these standards are updating, the constant and expensive updates to the hardware that are required and the current economy, it is likely wise to hold off for a while on upgrading to this new standard.

Yes, the advantages are very real and very exciting, but the current dual band 2.4 and 5 channels are, for most of us, working just fine. The real advantages to 6E will only be seen once the hardware world has had time to catch up on a massive scale and for prices to level out. IoT devices, gaming and home automation stand to gain the most from this new standard and they are all quite some time away from being able to utilize it.

Save your cash for now and you’ll thank yourself later.